Oracle last recompiled EPM 11.1.2.4 on April 18, 2018, and branded the new release as EPM 11.1.2.4.900.  This updated release is the only version available for download on Oracle eDelivery, and it was published without fanfare or a press release in late April 2018 or early May.

First, let's get this out of the way:

This hearkens back to the 11.1.2.0 release, when there was no migration path.  The vast majority of Oracle customers who wanted to upgrade from 9.x or 11.1.1.x wisely choose to wait until 11.1.2.1 was released, and I'm going to recommend that 11.1.2.4.900 be avoided for anyone who utilizes Hyperion Financial Reporting.

Let's review the pros and cons. 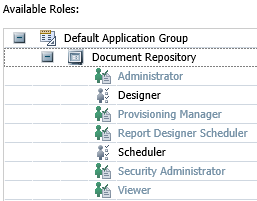 I do like the fact that the number of roles has been significantly reduced, so eventually my position on this will change from "Con" to "Pro", but only after Oracle rolls out a future patch or release that provides a migration path from 11.1.2.4.70x and prior.


For now, I advocate that anyone wishing to upgrade to 11.1.2.4 from a prior release open an SR with Oracle, requesting the pre-11.1.2.4.900 version of the eDelivery download media.  The exception to this would be a pure Essbase-only play, where Financial Reporting isn't in scope.

Update: it might be now possible to migrate reports via a patch. The 11.1.2.4.900 readme "addendum" no longer states that a lift & shift migration (Oracle calls it "out-of-place" but I hate that term)  is no no longer.... how should we say it? Not certified? Forbidden?